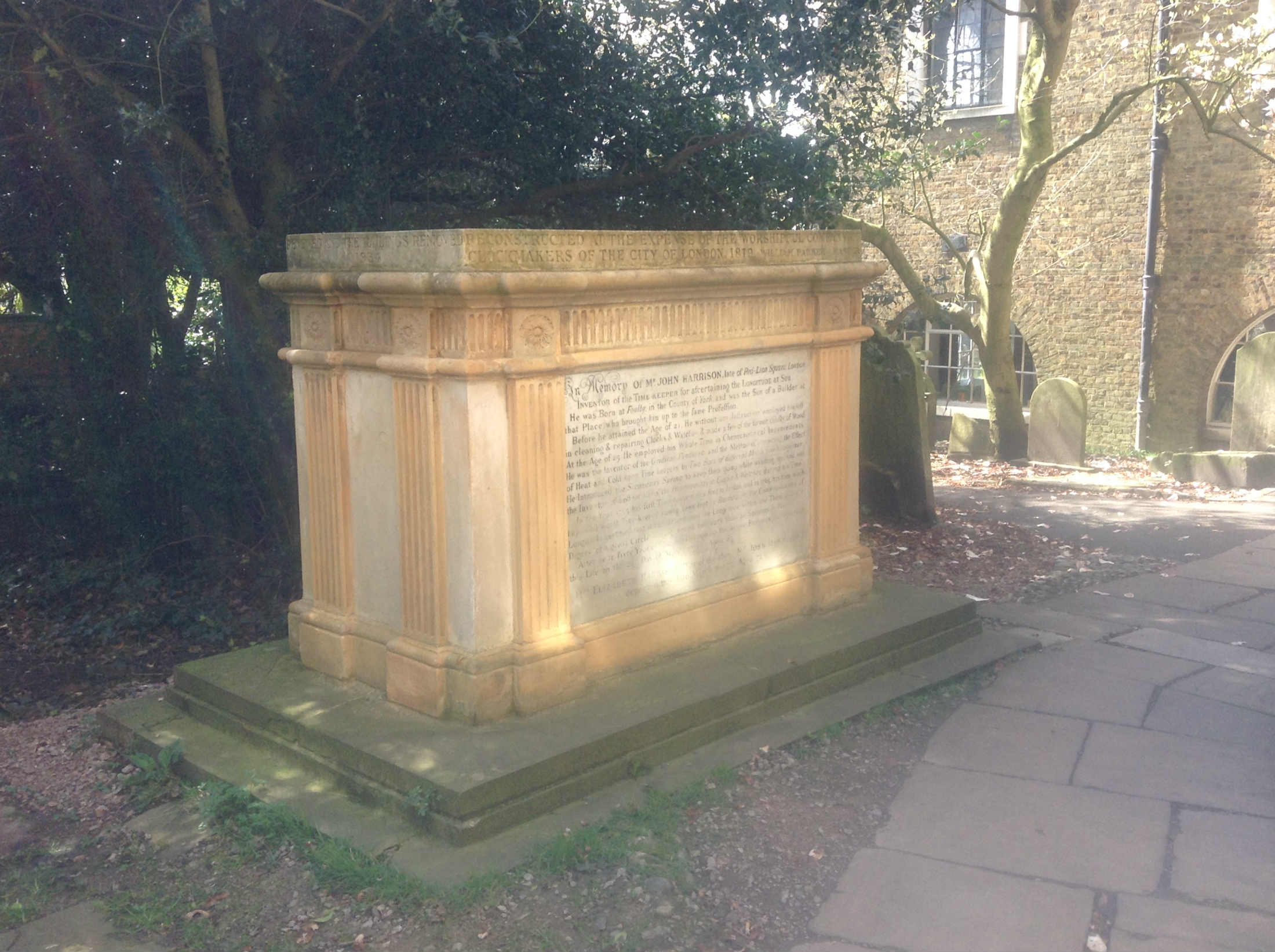 I think cities look their worst or best depending on the weather.

New York can be ugly in summer. Sunlight as sharp as a knife, heat and humidity that makes you feel like you’re walking around in a bowl of hot soup. Surely Roy Orbinson

had NYC during summer in mind when he wrote about escaping the “sticky and cruel” city in I Drove All Night.

Things are different in the winter. Yes, winter weather in New York is often ruthless. Take a deep breath when you’re outside in February and you feel like you’ve swallowed a cup of ice cubes. Your teeth ache and the pit of your stomach, a metaphorical part of human anatomy, suddenly feels very real and cold.  But I’m talking appearances and not temperatures.  After a snowfall and before the white stuff turns to grey mush the whole city mellows, the hard edges of buildings soften into the crayon outlines of a child’s drawing.

In London the weather’s default position is a chilly, grey drizzle that wraps the city in ugly, dirty gauze and makes an exciting place look sad and dull.  No wonder Orwell set 1984 in London.  At night though the drizzle sometimes hangs in the air, a soft mist that I like to imagine recreates the London of Dickens and Conan Doyle. (Okay, so I’m a hopeless romantic.)

London’s attractions go large only in spring or summer sunshine.  When the light is right the sky turns cornflower blue, the insipid yellow of sandstone buildings shades into a mellow honey and the endless walls of gloomy bricks show their true colors – a lively cherry red.

A few years ago on just such a spring day I walked around Hampstead a part of London usually described as leafy, affluent, hilly, trendy or artsy.  At various times the neighborhood has deserved all of those adjectives. One of my favorite streets in Hampstead is Church Row which is lined by townhouses standing like plump Victorian gentlemen their bulging midriffs sheathed in waistcoats and bisected by silver pocket watch chains.  Church Row starts out ruler-straight and pancake-flat before doglegging down a hill.  At the crest of the slope is the 18th century Parish Church of Saint-John-at-Hampstead.  Like most churches of that age Saint-John-at-Hampstead boasts a graveyard.  Graves are marked by gravestones, mottled slabs of granite some upright others slanted and some that surrendered to gravity assuming a horizontal position exactly like that of the person whose life they commemorate.  I noticed one big tomb in near the entrance.  So I thought let’s see which wealthy-enough-to-afford-a-tomb VDP (very dead person) is buried here.  Surprise! The tomb houses the mortal remains of John Harrison, the inventor of the marine chronometer and his wife Elizabeth.

Finding Harrison’s final resting place in Hampstead seemed odd because as far as I knew he never lived there.  An email request to a church official confirmed that fact.  So why is he buried there?  A little more research uncovered something else I didn’t know.  Large cemeteries sprung up (irresistible choice of words) on the edges of cities only in the mid-19th century.  Before then most people were buried in whatever church graveyard had space.  Obviously in 1776 the year Harrison died there was space for a tomb in the graveyard of Saint-John-at- Hampstead. 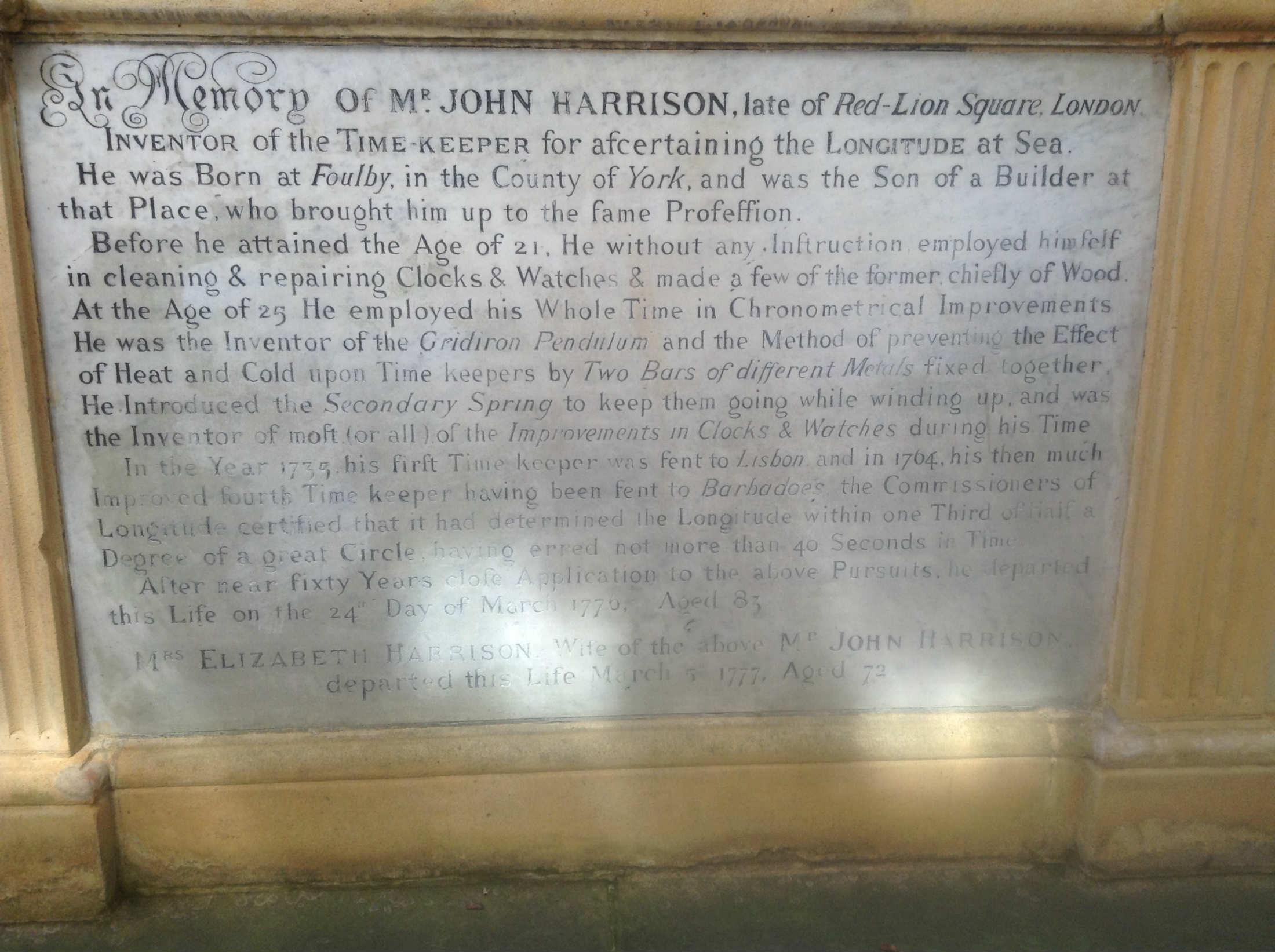 The inscription succinctly tells the story of Harrison’s life and work. Contemporary eyes might need a few readings to adjust to the use of ‘f’ as ‘s’.  The words on the tomb point out one of Harrison’s most admirable qualities; he was self-taught.  As the text says, ‘Before he attained the age of 21, He without an inftruction employed himself in cleaning and repairing Clocks & Watches & made a few of the former chiefly of Wood.’  Harrison’s horological accomplishments are recounted next.  When I reached the end of the inscription disappointment set in.  No mention is made of Harrison’s other set of accomplishments also the result of an autodidactic effort: music.  Music fascinated Harrison; he sang in his church choir and was a skilled tuner of church bells. In 1775 he published, A Description concerning such Mechanism as will afford a nice, or true Mensuration of Time; together with Some Account of the Attempts for the Discovery of the Longitude by the Moon; and also An Account of the Discovery of the Scale of Musick. Watchmakers need a thorough understanding of geometry. Harrison based his musical scale on geometric principles making the proportions of a major third to an octave the same as the proportions of the diameter of a circle to its circumference.

For the 2000 television series Longitude based on Harrison’s life The Oxford Magdalen College Choir sang using the scale he devised.

In 2001 two Scottish songwriters, Dick Gaughan and Brian McNeill released an album, Outlaws & Dreamers with the song John Harrison’s Hands about Harrison’s long struggle to create an accurate sea-going timepiece. At the same time another British composer, Peter Graham, who specialises in music for brass bands premiered Harrison’s Dream a work also about Harrison and the chronology of his inventions.

Sometimes things do come full circle. A horological genius stretches his energies and intellect to encompass music then over two hundred years after his death composers use music to honor his horological accomplishments.

One more thing, on the other side of the tomb is another inscription.  Letting us know that Harrison’s son William is also interred there and adding, ‘He was the custodian of his father’s prize-winning watch H.4. during the vital official trails at sea to Jamaica in 1761 and to Barbados in 1764.  He also actively helped his father in the long and difficult negotiations with the Board of Longitude and Parliament when claiming the £20,000 prize.  For many years he as a Prominent Governor of the Foundling Hospital teaching music to the children…’

Obviously, some traits do run in families.