Windows In Seville – I Have No Idea Why I do This 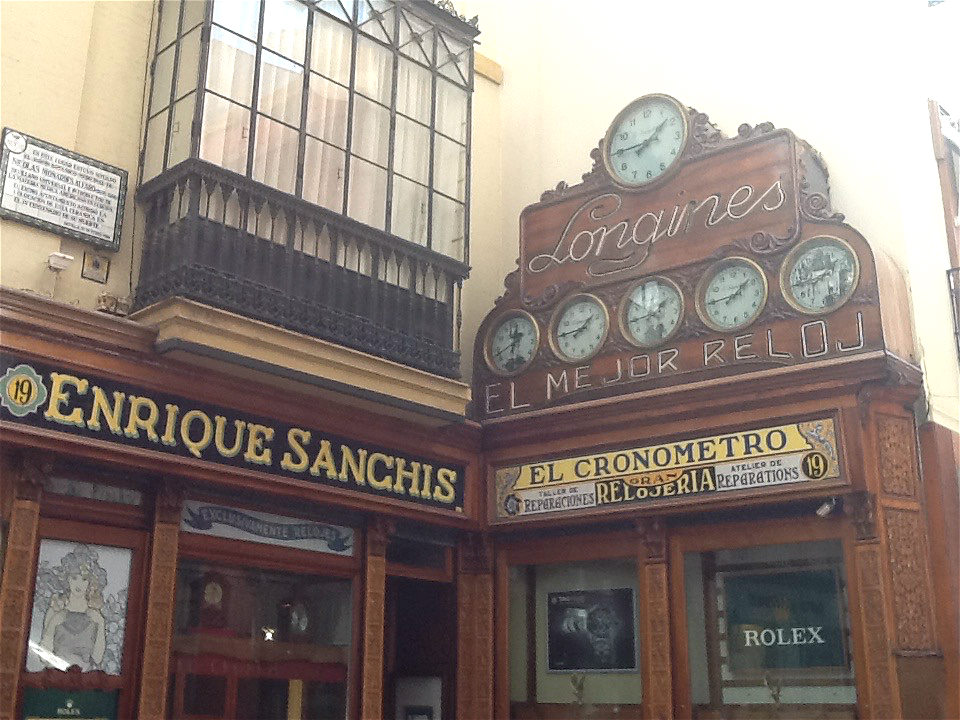 I have no idea why I do this: take photos of shop windows.  Maybe its because every window is a paradox?  Windows are hard and solid but also transparent.  Am I being too philosophical?

And, I like reflections. You can see a lot in a window’s reflection: people, traffic, yourself, light and shadows.

Some of my favourite windows for photographs are musical instrument shops, book stores and of course watch and clock shops – although those are harder to find these days. Yes, I know there are a lot of watch boutiques around but those windows are usually too predictable for me. I like surprises.

The photos I’m posting today were taken a few years ago in Seville, Spain.

The hat shop window is an example of a surprise. I never expected to find it in Seville’s main shopping district. The arrangement of the hats in neat rows caught my eye.  While most of the hats are white or subdued hues I like the two splashes of colour: the red hat on the lower right and the rust coloured hat (burnt Siena?) on the left. 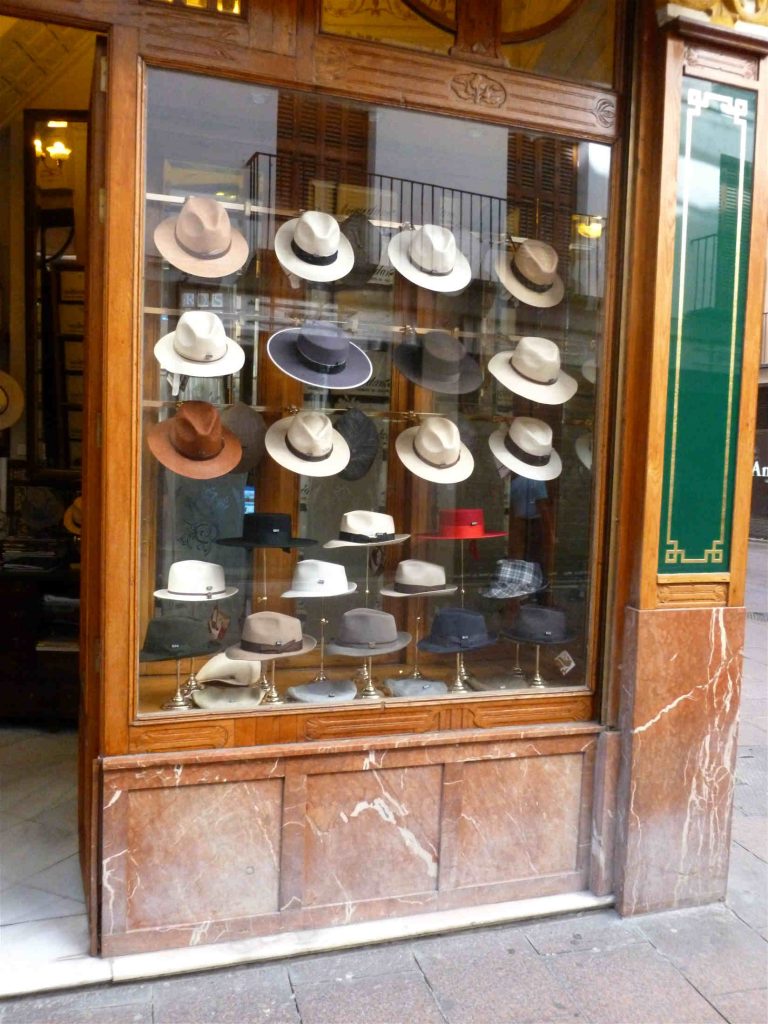 Three other elements attracted me to this window: the carved wooden window frame, the burnt Sienna marble and gold and green glass surround.

Another feature I like is the way the reflections – the shutters, white walls, black railings and signs on the building across the street disrupt the orderliness of the rows of hats.  Then, there’s that slice of the interior of the shop – it looks inviting, trustworthy you know the shop has been there for decades. It’s someplace where you’ll hear good advice.

The other images are of a musical instruments shop and an independent watch and jewellery store.

The window of the musical instruments shop did not grab me but inside things were different. There were several glass display cases with wooden frames.  In one sat a beautiful mandolin with a mother-of-pearl inlaid back showing two eagles in a moment of combat amidst tree branches also in mother of pearl.  The owner said the maker of the mandolin is influenced by Japanese art.  Even in a display case inside a shop, there are reflections that create a layered look; the ceiling beams, other instruments and the ceiling fans. 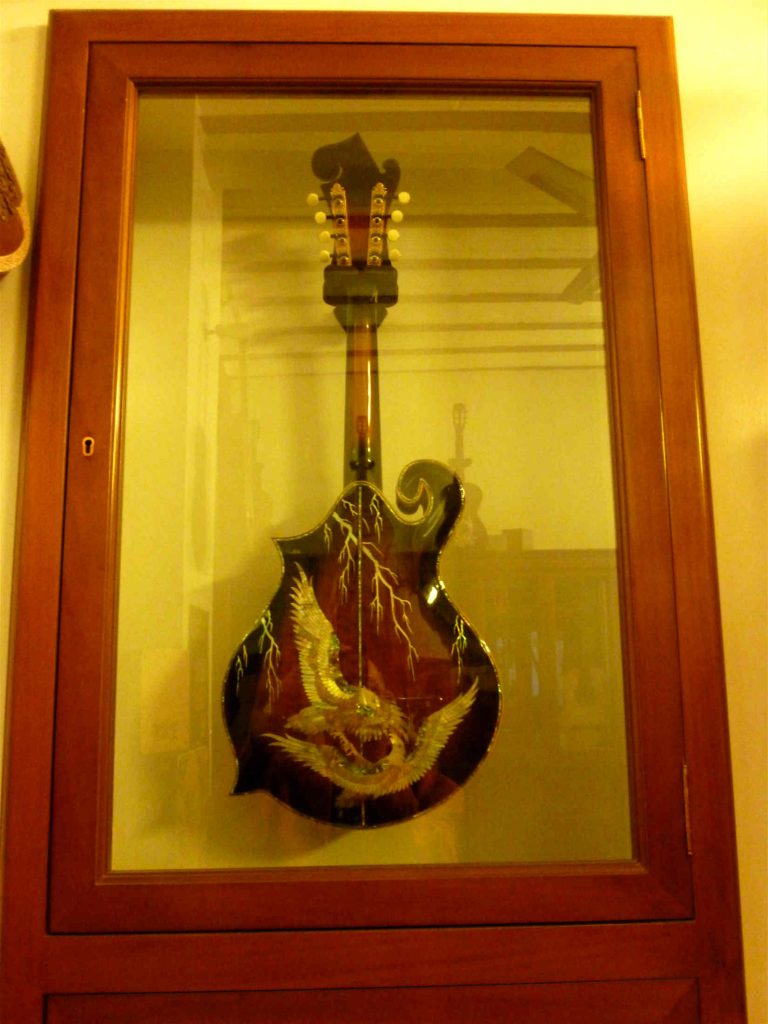 Crammed into a corner just across the street from the musical instrument shop is a watch and jewellery store with a beautiful wooden façade.  The owner would not let me take photos inside.  Perhaps he was afraid that my intention was casing the place as part of a planned robbery?  I don’t know.  He was happy though to see me indulge my window fetish with the façade. Not many reflections in this one but those six clocks made the photo for me.

For those of you who are into cameras (shout out to Gary Getz) I use my phone, an iPad and sometimes a film camera from the 1970s, a Pentax K-1000.  Film cameras provide another surprise – you don’t know what you’ve captured until you see the developed photos.