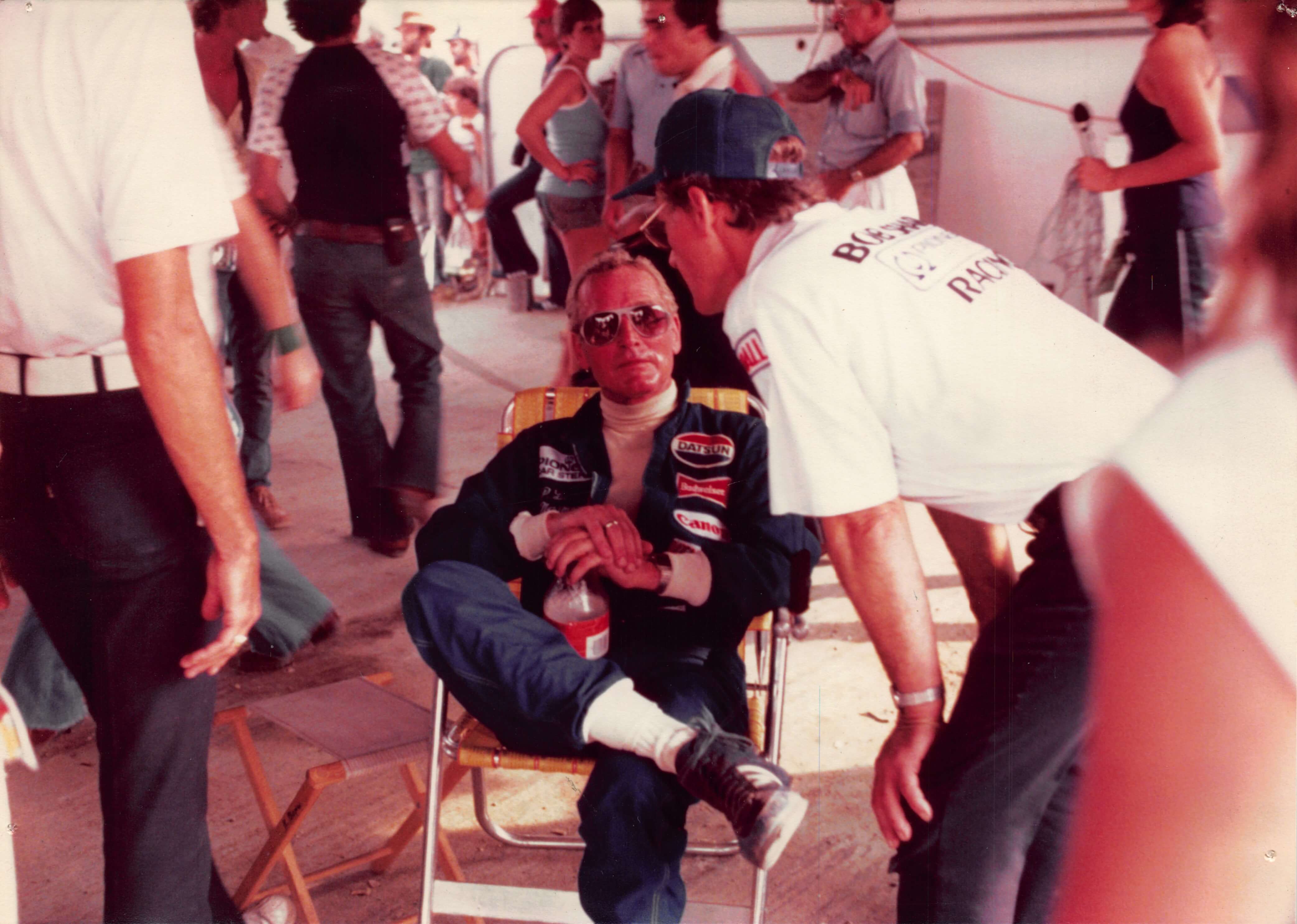 13-year-old James Cox and his father, Ed, visited Lime Rock Park racetrack in September of 1978.  On that occasion using his new rangefinder camera James captured two photos of actor and racing driver Paul Newman relaxing in the pits.  As reported in WSJ. Magazine in June of last year the photos adorned the family refrigerator for a time and then disappeared. While cleaning out his garage recently James found the photographs which he has kindly allowed me to post.

That day was only the start of James’s relationship with the Newman family.  Five years later he met and started to date Nell Newman the daughter of Joanne Woodward and Paul Newman.  In 1984 Paul Newman gifted James the Woodward/Newman Daytona – which became the most famous wristwatch in the world.

You may read the rest of the story here: