Towards A New Nomenclature For Watch Brands

Towards A New Nomenclature For Watch Brands 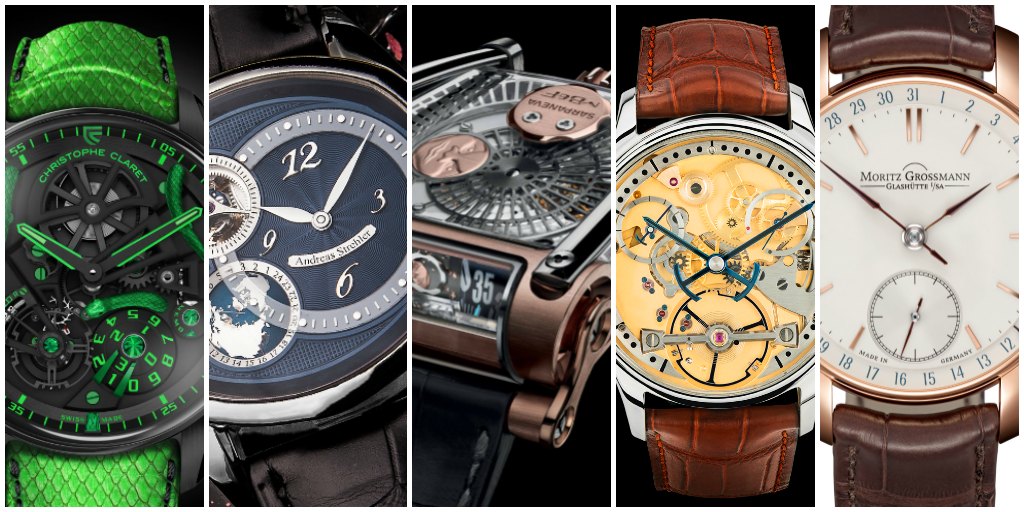 Why do we watchnerds employ particular terms to describe watch brands?  Habit – that’s the only reason.  We’re accustomed to specific terms and we unthinkingly stick to them; like using a certain brand of toothpaste or laundry detergent.

For example the term ‘independent’ is used to describe brands such as F.P. Journe, Roger Smith, Greubel Forsey and Vianney Halter.  Aren’t Patek Philippe and Rolex independent?  What about Audemars Piguet, H. Moser, MB&F, Hermes, Chopard, Ressence, HYT, Moritz Grossman  – aren’t they all independent? None of them are part of a group. We rarely position the adjective, independent in front of those brands and yet independent they all are.

As well as the sin of laziness (another word for habit in this instance) we should confess to the offense of imprecision which is truly unforgivable considering that people obsessed with precision create the objects of our obsession.  We frequently write or say something like Lange is a big group brand or Lange is part of a group. Okay, Lange is part of a group but Lange’s approach to watchmaking is different from that of IWC or Baume et Mercier – both stable mates in the same big group.  Saying Lange is part of a group is like labelling Ferrari, which is owned by Fiat or the Volkswagen owned Bentley as big group brands. Do gearheads utilise such sloppy terminology – no, never. They depend on terms that are both descriptive and accurate. Ferrari is a supercar brand.  Bentley is a luxury sports car brand.

(BTW – Ever notice there are several nicknames for people who love cars: gearhead, motorhead, grease monkey, petrolhead in places where gasoline is called petrol, car nut, car buff, carismatic, carvangelical, motor maniac, and the sophisticated car enthusiast.  My personal favorite is axel addict. What do we have?  Watch nerd, watch geek – let’s do better people. Any ideas?)

Back to the main topic – we need a new nomenclature for watch brands. Here is my tripartite suggestion: watch brand, watchmaking brand and watchmaker brand. Before getting to a definition and examples for each designation I want to be clear about one thing: these three terms are descriptive not hierarchical. Brands in all three groups produce great watches. Also I have considered brands that produce only or mostly mechanical watches.

Watch Brands manufacture tens if not hundreds of thousands of watches per annum. Robots and CNC machines are hugely important in the production process for these brands. This does not mean their watches are entirely made by machines but that their production levels are unachievable without those non-human actors.  I toyed with the idea of calling this group engineer brands because of the crucial role of software engineers and micro-engineers to their production process but the distance from engineer brand to the subject, watches is too great. Also lots of brands with lower production levels employ software engineers and micro-engineers. Some Watch Brands were founded in the 19th century some in the mid-to-late 20th.

Watchmaking Brands all have production levels lower than 100,000 watches. Many produce fewer than 25,000 watches and some fewer than 10,000.  The brands are known for certain attributes such as excellent finish or ultra-thin watches or for particular complications. Most were founded in the 19th century some earlier and a few later.  People, watchmakers and finishers, play a large role in the output of these brands.

Watchmaker Brands – this group is mostly new-kids- on-the-block established late in the 20th or early in the 21st century. What distinguishes these brands is that they exist because of the vision of one or two people.  Often but not always the founder(s) is a watchmaker who shapes the entire ethos of the brand.

Obviously I have not yet classified every watch brand but I do plan to upgrade the list in the future.

There are, I must admit, a few brands that are difficult to classify.  Where to put Cartier or Harry Winston?

Most important, at present, is the opinion of my fellow watchies (like foodies – thanks to Richard Paige for the term) what do all of you think.  Please let me know.